Our new sound library is out on : asoundeffect.com : 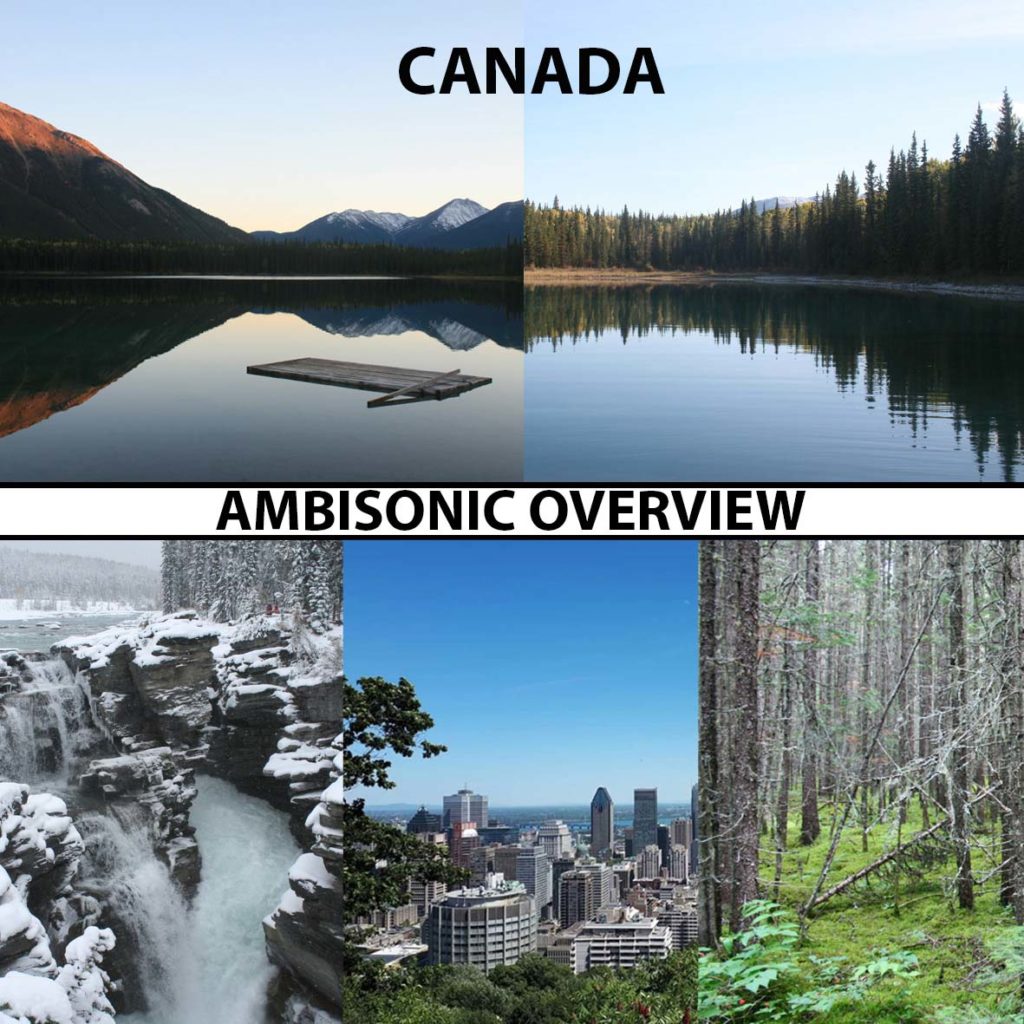 We traveled across Canada, from the east coast to the west coast, and from the north to the Southern American border to capture the spirit of this fantastic country and its wild landscapes:
infinite forest and boreal forest, huge lakes, mountain rivers, torrents, ocean, plains, alpine tundra, mountain ranges, caves, and also city environments.

Over the course of 3 months we captured quiet soundscapes from gigantic boreal forests only populated by birds and squirrels. We went to the end of the north road, to the edge of the Saint James Bay, where the ice winds of the Arctic met the tundra and the end of the boreal forest.
We discovered many lakes and rivers that characterize this wild country. We crossed the gigantic plains of Manitoba to join the Rocky Mountains and the British Colombia.

Facing this wilderness, we did not forget the cities and its humans: In Montreal and Ottawa we captured many atmospheres: markets, urban parks, streets and pedestrian areas.