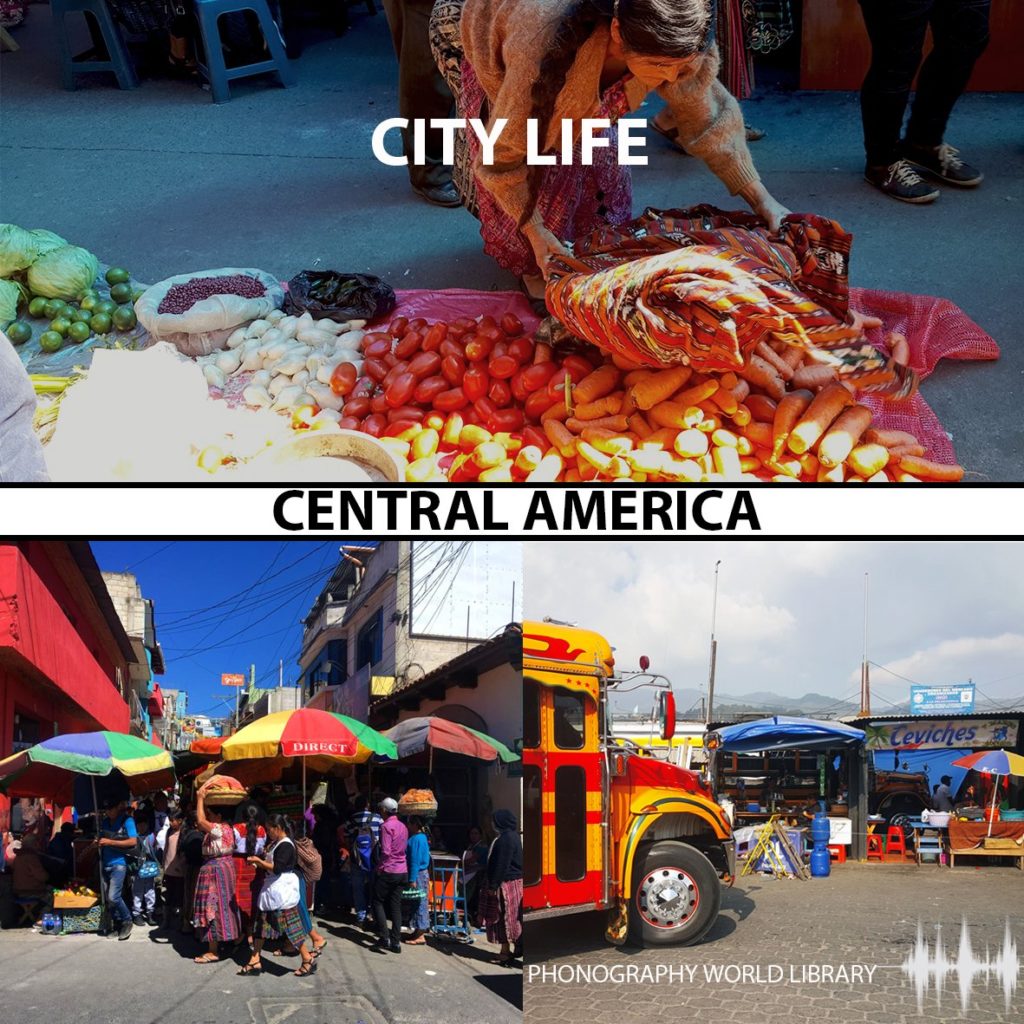 “City Life : Central America” is a collection of sounds captured across 3 country of central america : Mexico, Guatemala and Nicaragua.
This library focus on city atmosphere, especially in street/cover markets, pedestrian areas, parks, and many more.
The sounds captured in Mexico show a more “modern” spanish atmosphere, compared to the Maya’s markets of Guatemala, where the people speak a mix of spanish and k’iche'(traditional mayan language used in some parts of Guatemala)
For this 3 country we visit a large amount of cities (x10) to captured the exceptional urban soundscape of central america.