The desire to capture a cleaner sound, isolated from human activity has made us take offroad tracks.
Go to the northernmost road of Quebec :  Saint James Bay’s road, home to the Crees, first nation people.
From Chibougamau to Chisasibi, the northern route will be long. No networks, no water, no food and no gas station
hundreds of miles around. It’s up to you to take your precautions, it’s the deal to get to the end.
No paved road on more than half of the way, 800km in total, only stones, leaving a trail of dust behind you. 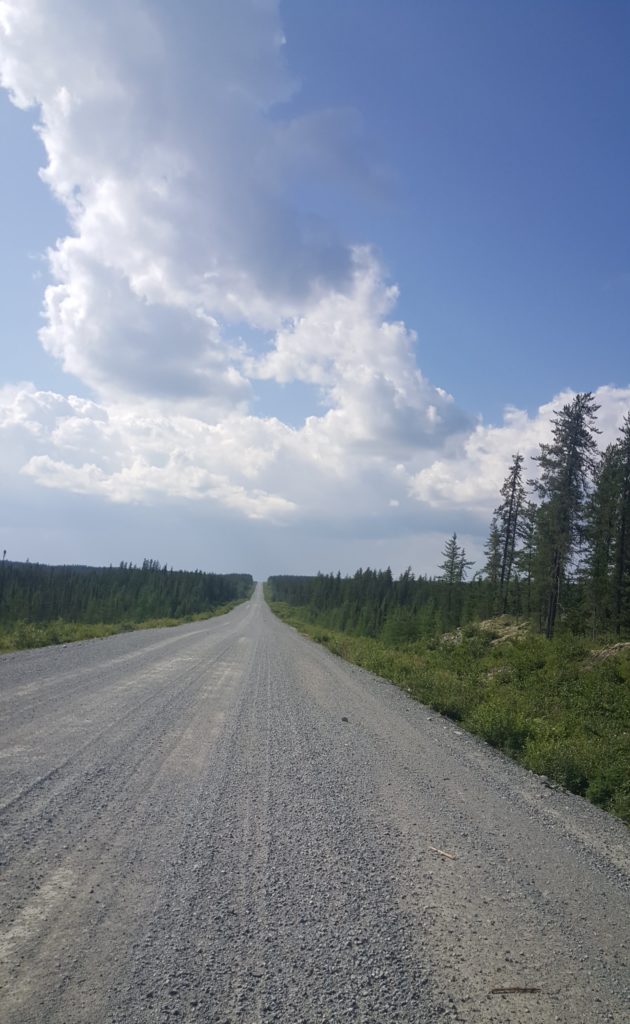 But the road is more beautifull than the destination. The forest unfolded like an endless carpet, passing from mystic,
to burnt by the lightning, or delirious and colored with its sphagnum fluo. 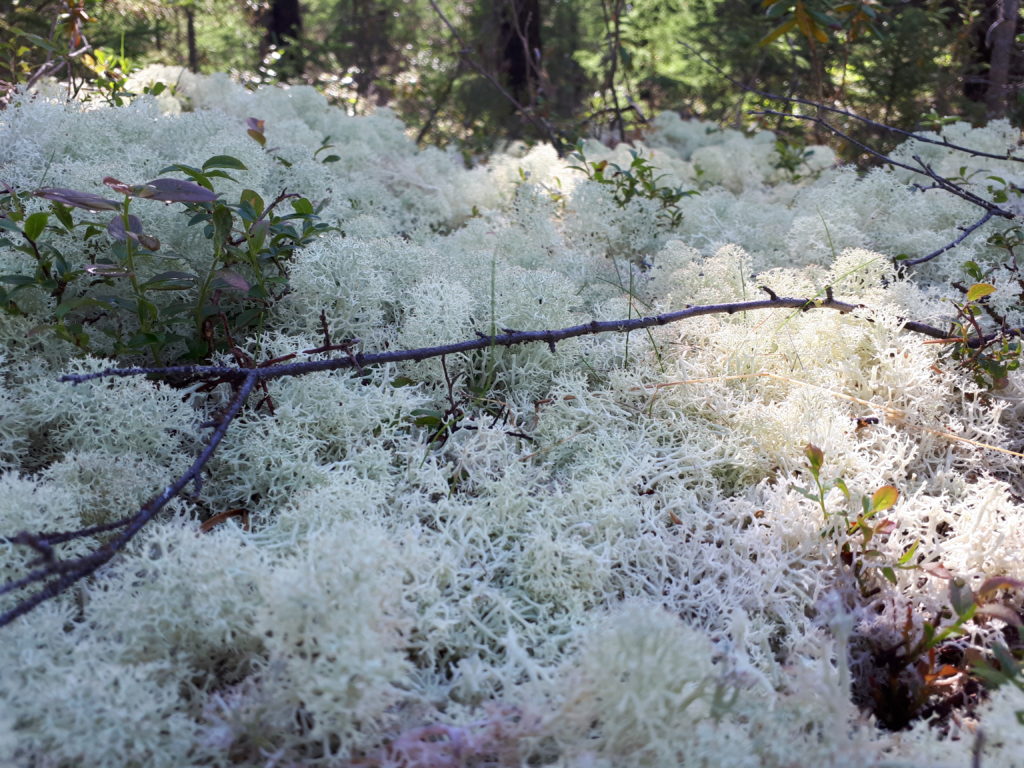 800km to arrive at the end of the road north of Quebec : “longue pointe”, and to find a sign with written “Dead End”!
A dead end, which stops and leaves you there, facing James Bay, alone. Not really, there were two houses and a teepee.
A corner of paradise lost, adjacent to the Nunavut region, but without a road link (sea and air only).
Sunset and moonrise are the reward of this journey. 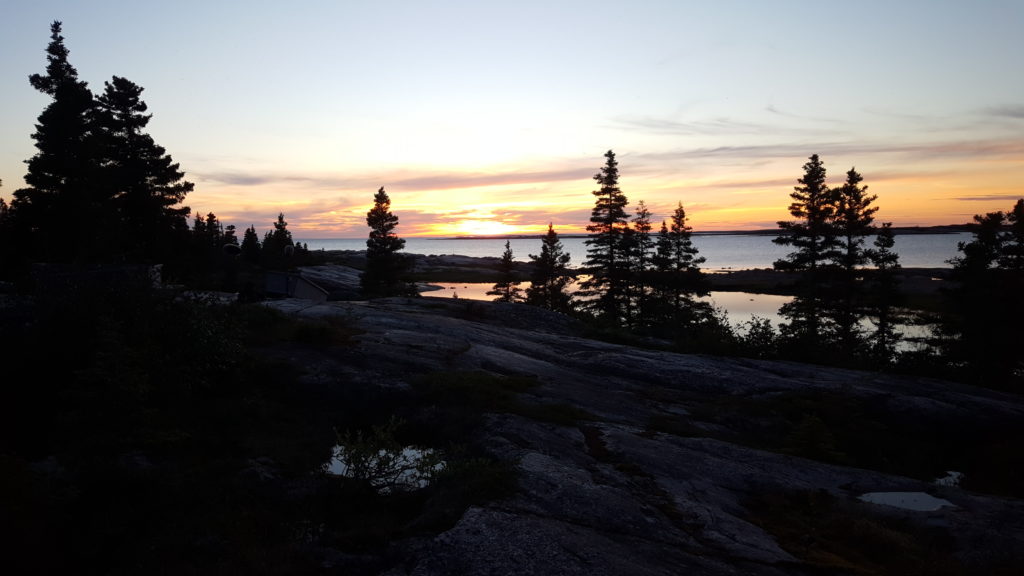 But strangely, little sound and sign of animal life. 3 ducks and 2 seagulls, that’s basically all we’ve heard.
We multiply the day and night recordings, but the animals are not there to make the show, despite a very remote place, which was very hard to access. As a good opportunist, we still record this moment, a silence tinged with winds and waves.
In the morning, some activities resume. A biker coming from Montreal arrives. We have tea together, we discuss the road, the Quebec, the animals he met while camping alone in the middle of the forest, the most beautiful moose he saw, close to here. Then a motorboat with people from Nunavut is coming to get food for their village.
A last sound recording for the (long and stony) road. At the exit of longue pointe, we saw it :  a giant Moose. Of an unreal size as a legend, he makes a brief but remarkable appearance.
On the way back, we go through Radisson. “There is nothing to do there,” we were told several times. Place of convergence of the exploitation of the resources (wood / minerals / water with its dams), the village has indeed little tourist and aesthetic interest. A good pretext however to push the way as far as possible and to touch the mythical Hudson’s bay.